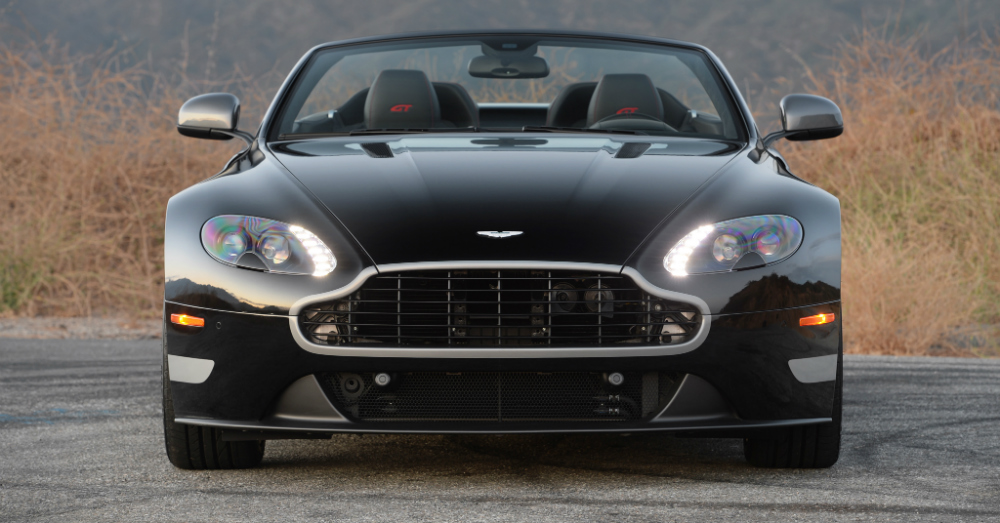 If you’ve spent years watching James Bond on the silver screen or on your television fighting the bad guys, solving crimes and wooing the women of the 007 series you’ve also seen many different models from Aston Martin. The desire to drive one of these vehicles seems to always overcome me when I see a James Bond movie, but then reality sets in and the affordability is just not there, unless you consider the Vantage. The Vantage is the least expensive model and it gives you a car that has the same glorious style you’ve gotten to know in the movies.

The Vantage is a two-seater sports car that can be had with a convertible top to give you the feeling you want. Even though this car is considered the least expensive the starting point for the price is still over $100,000 to start with so affordable is a relative term. This is a car that offers you the British flavor of an exotic and a racing heritage that’s strongly present to give you a car that has the looks and the power of the rest of the lineup even while also bringing in the brashness you want to enjoy on the road. For the 2016 model you will see a new menu of colors and some upgraded trim options along with an infotainment system that’s been improved.

This is a car that’s meant to be taken on day tours or on a road trip if you plan to leave stuff behind at each stop. There isn’t much in the way of cargo space, but it’s a great car for two people to enjoy the ride and have a wonderful time for a weekend or just on a great drive. If you paid for this car you might consider the road trip option and go out to see this great country of ours. Doing this would plant you squarely behind the wheel of a gorgeous car that has leather seats and piano black carbon fiber accents throughout the interior of the Vantage.

On the outside the looks are unmistakable. You might look at the Vantage and swear it appears to be a smaller version of what you’ve seen in the movies, and it is. This is a car that has been around the block a few times but still appears to be modern and certainly has the sex appeal you want to have in a two-seater car. With a long and low hood along with fenders that appear to be swollen this is one of the most impressive sports touring cars you can find in any market of the world.

Three engine setups greet you as you choose the Vantage that’s right for you. There are two transmissions used for all three, a six-speed manual or a seven-speed automatic. The manual is the preferred choice between the two. The base engine is a 4.7-liter V8 that makes 420 horsepower and 346 lb.-ft. of torque. Next up we see the same engine tuned up to 430 horsepower and 361 lb.-ft. of torque to give us a bit more power. The power monster in this trio is a 6.0-liter V12 which shows up with 565 horsepower and 457 lb.-ft. of torque. With this top engine the Vantage can make the run to sixty mph in 3.7 seconds and run up to 205 mph as a top speed you will love.

The Vantage is a purist car with three naturally aspirated engines to choose from and transmissions that make the manual the preferred choice. Driving this car offers you the sound of an engine that hasn’t been altered by turbo or supercharging. Instead you get the audibly beautiful sound of raw power that can give you the drive you have looked for all your life. This car is quick, its agile, and it is absolutely gorgeous, making for the perfect driving machine when you want to actually see what your own capabilities are on any road. Take the Vantage out for a cruise in the country, for a run along a canyon ridge or out to the track for a day of unleashing the beast that growls from under the hood. It’s time for you to experience driving as its meant to be; let the Vantage be your chariot for the ride of your life.