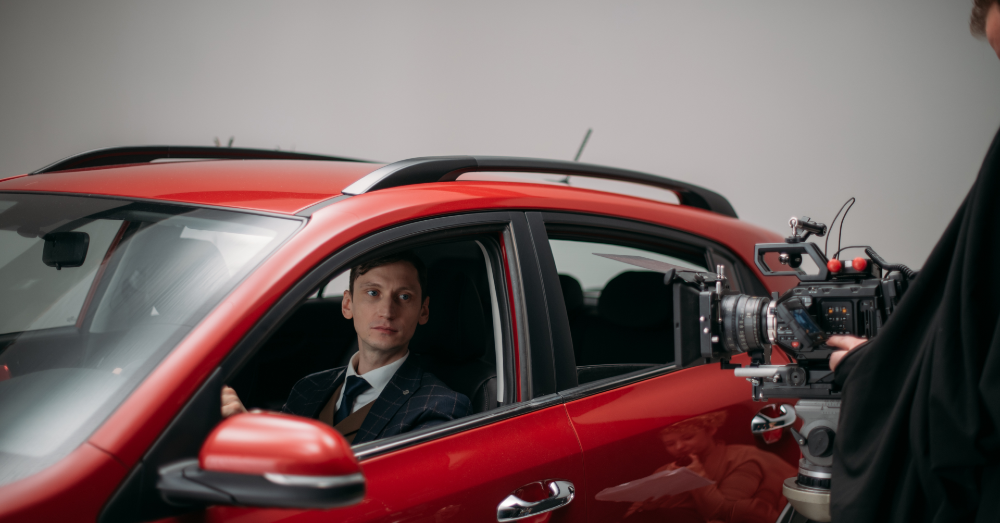 Before a car commercial ever makes it to your television screen, there’s a ton of preparation and planning that has to go into making it.

Automakers have large advertising budgets that allow them to create some of the most dramatic and expensive commercials. Every year we see new ads during the Super Bowl, and some of them are extremely memorable. Some marketing departments of automakers spend all year planning and filming various locations and events just to make an ad for this big event.

Of course, the local dealership doesn’t have the same budget s a large automaker, which certainly shows up with a huge difference in the story and quality of the commercials you’ll see. Most of the time, a car dealership simply talks about some of the deals being offered, presents you with a few models, and has staff members featured in the ad.

When it comes to how to create a car commercial, both of the approaches mentioned are effective and get the message across. While the hometown dealership ad may seem a bit low budget compared to the automaker features, both commercials take time, planning, and practice to present you with the advertising and message the company is trying to get across.

Regardless of Budget, the Story Matters

What is the story of the advertisement going to be? Corporate filmmakers tend to have a bit more to work with when creating a story and offering you a fresh perspective of the vehicles that are being advertised. Your local dealership may try to offer a story as well, and you certainly have to admire their efforts to keep things fresh and interesting when you see some of the commercials offered. No matter the budget, the starting point, or creating a car commercial is an idea that becomes a scripted story.

Where is the commercial going to take place, do preparations need to be made to get the right shot, what time of day should the filming take place? Once a story has been created and approved, the right place to film the commercial must be found and booked. This might mean closing down roads, ensuring the best lighting, and knowing that the weather could be a factor. Money has to be spent on booking the location and using it for the time that will be required.

Who Will Feature in the Commercial?

Is the car commercial going to feature the staff of the dealership, a big-name movie star, clips from a movie that’s about to be released, or something else? While the point of every commercial featuring cars, trucks, and SUVs is to highlight that vehicle and entice viewers to buy it, the way the commercial is presented and who is featured makes a difference. We’ve heard and seen top movie stars as the voice and face of different car brands over the years. By that same token, the staff of your local dealership is typically the face and voice of the ads they offer.

Everything is Scheduled, But Will Plan A Work?

Any production featuring people or animals could end up off-schedule because of unforeseen circumstances. It’s not unheard of for the star of an ad to become ill and unable to shoot the commercial on the day scheduled. For this reason, the production team has to be prepared with more than one plan to make sure the commercial can be completed as scheduled. There are many moving parts, and sometimes one part can throw the entire process off course and require a different plant to be implemented.

No matter the story, characters, or location of the car commercial, tons of equipment will be needed to get the right shot. This means lighting elements, microphones, cameras, and the right lifts and pulleys to get the shot just right. The shots could be taken several times to get one second of action that will be used, with several minutes of footage being tossed away because it wasn’t quite right for the shot. While your local car dealership might not use as much equipment, you’ll still have a professional production process set up to shoot their commercials.

Everything is set up, and it’s time for the action. Get ready for several hours of shooting, story changes, various angles, voice inflections, and questions regarding the ad. The idea is to get the perfect shot, the perfect message, and the right product. It’s going to be a long day, and hopefully only one day, but some car commercials can take several days of shooting to complete. Note: Those Super Bowl Ads can take all year to get them just right, but the amount of exposure is often worth it to the companies using these spots.

Hours of filming and effort go into making a commercial that might only last thirty seconds. Those hours of film and tape are scrutinized and carefully edited to become the final product of the commercial. This is where the production team truly makes their money and creates the commercials that we love to see. Once edited, a commercial is ready to be put into the paid advertising spots at various channels. More and more, this is being done through streaming services and not with the local television stations.

Car Commercials Lie, But Not Always

We are well aware of the exaggerated nature of a car commercial when we see it. Very few cars are going to be kicking up sand in the desert, will be rocketing around in a parking garage covered in water, or ride to the sunset in a way only depicted in movies. This exaggerated nature is for entertainment purposes, but thankfully, some of what you find in these commercials is the truth. You can expect to find the capability, technology, and features mentioned to be relatively truthful, making it easy to understand how a vehicle could be better for your driving experience.