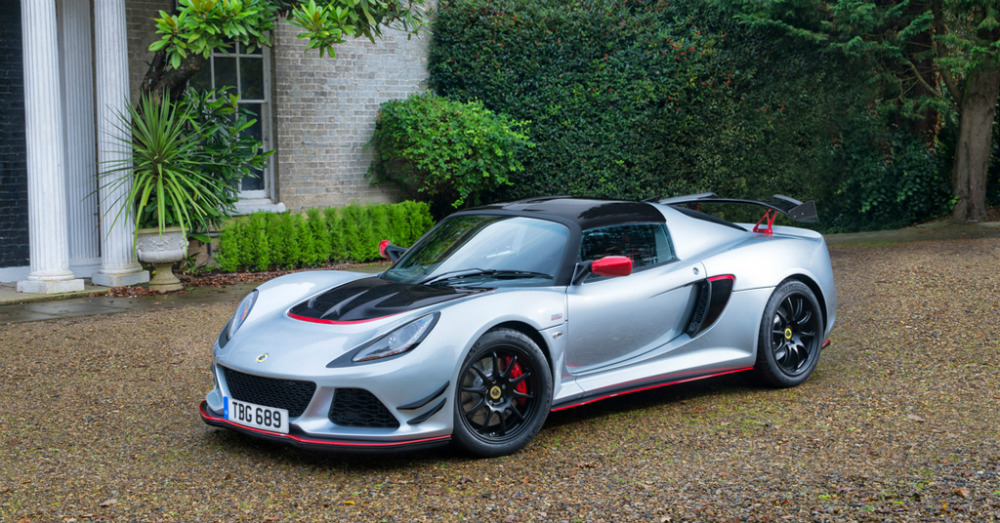 The Lotus brand hasn’t been in the habit of building a large number of cars for each model they make and apparently don’t want to make them to adhere to the US standards that are needed to drive on our roads. Each model they’ve made lately have been produced in such small numbers it wouldn’t make sense to add the retooling needed, no matter how much the wealthy of the US would love to have a great Lotus sports car to drive.

The most recent version of the Lotus Exige is the Sport 380 and its being touted as the fastest Lotus ever built. In fact, this British automaker is saying this car is a “supercar killer” and is a super aggressive car for those who want precision driving in an amazing car. If this car is as fast as its being advertised there won’t be any left to order only a few minutes after its put on the market. What this car is for Lotus is a way to play in the same league as the big boys and show off the dramatic and exceptional styling that makes a Lotus the car you want to drive.

This new Exige model will be powered by a 3.5-liter supercharged V6 engine that’s able to produce 375 horsepower and 302 lb.-ft. of torque. This doesn’t sound like much more power than you’d find on a run of the mill Mustang or Camaro so what makes this car so impressive and able to play with the likes of Ferrari and Lamborghini? What Lotus has done to create more speed is lighten the load. the Exige Sport 380 only weighs 2,350 pounds giving it a power to weight ratio of 352 horsepower per ton, making it one of the most powerful cars per ton on the market today.

That power to weight ratio is turned into speed with a time to reach sixty mph of only 3.5 seconds. This isn’t just a car that offers great straight line speed; it has tons of aerodynamic upgrades and the ability to stick to the corners perfectly. The aero is improved with a better front access panel that can improve the air flow and reduce the pressure under the front spoiler. Overall, the downforce is increased by sixty percent over the Exige Sport 350, which is mostly the result of the use of the twin front canard wings, a carbon rear wing and air blades that are located behind the rear wheels.