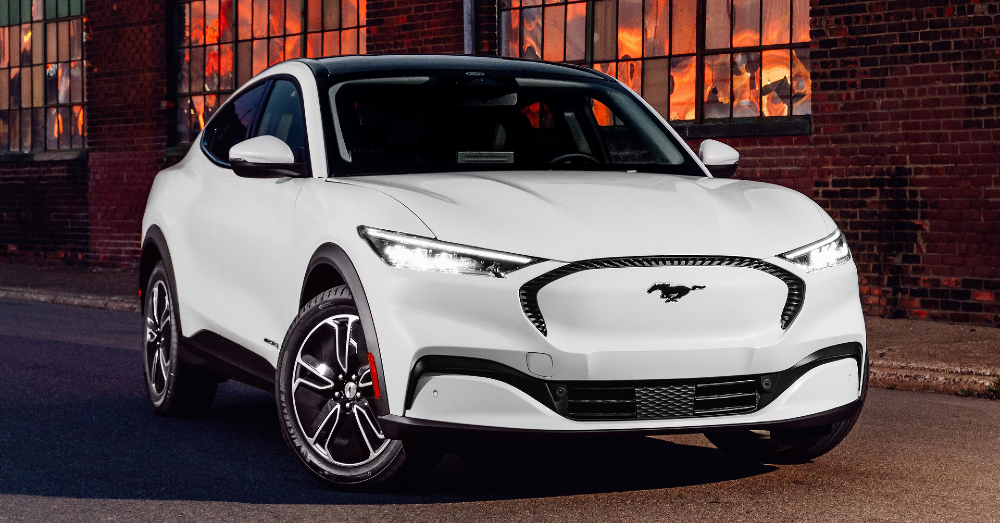 Ford raised some eyebrows a couple of years ago when they introduced the Mustang Mach-E plug-in electric SUV. While the vehicle debuted to critical acclaim, Ford (like every other automaker) has faced some obstacles.

So how are sales of this Mustang of the Future going? Let’s check-in.

A Forward-Thinking Ford with a Storied Past

Even with an SUV with the bona fides of the Mach-E, it takes some moxie to attach a nameplate to it with the iconic history of the Mustang. It’s a badge that evokes considerable emotion from fans of this legendary pony car. How well would a plug-in electric SUV be received?

It’s hard to tell how much the nameplate influenced the Mach-Es launch. One thing’s for sure; it proved popular not only with car experts but also with drivers looking for a stylish and capable SUV that wouldn’t empty their wallet at the gas pump.

Boasting strong global sales, the electric SUV gained significant ground on the Tesla Model 3 and Model Y. In the United States, sales were boosted by the fact that Tesla and GM’s federal tax credits were expiring while Ford has many more units to move before the sun sets on its credit, making them more attractive for bargain-savvy buyers.

How Much Did COVID Slow the Mustang’s Roll?

The Mustang Mach-E suffered production delays just like every other vehicle.

For a refresher on how a human virus and not a computer virus managed to grind car production to a trickle, here’s how it happened. With offices worldwide closing down and workers setting up workspaces at home, computer chip manufacturers redirected their chip supplies to tablets, smartphones, and other home office equipment.

Each vehicle requires dozens, even hundreds of computer chips to run its various systems. A cutoff in the supply forced automakers to choose which assembly lines to restart once health and safety protocols were put in place.

Gaining a Foothold in the Electric Vehicle Market

Ford’s move toward electrified vehicles is seeing a lot of success. In October, the manufacturer reported having more than 160,000 reservations for the new F-150 Lightning, and their commercial van, the E-Transit, had sold out.

Meanwhile, Mach-E sales are still going strong, with Ford reporting October sales jumping 76.9 percent. This solidifies its foothold in the E-SUV segment, second only to the Tesla Model Y.

Galloping into the Future

The future looks pretty bright for the Mustang Mach-E. In their November 2 press release, Ford said sales of electrified vehicles hit a new record (14,062) and that their SUVs posted their best October sales in 21 years.

The automaker also claims that more than 90 percent of Mach-E owners would recommend the all-electric Mustang to other car shoppers. With climate issues gaining more media coverage and gas prices hitting new highs, expect more drivers to opt for fuel-sipping hybrids or all-electric vehicles, with the Mustang Mach-E competing for a top post position.

Don’t wait, head down to your local Ford dealer today and see the Mach-E for yourself!