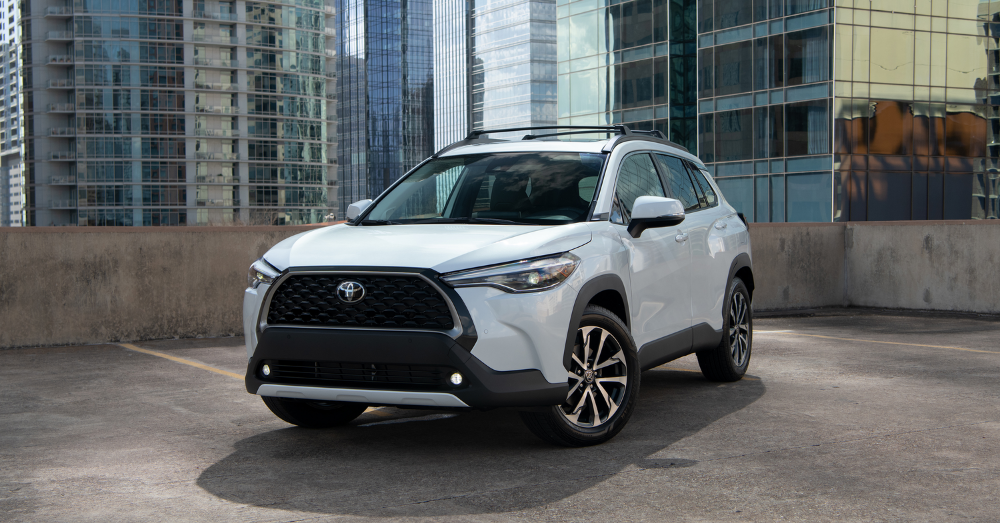 The Toyota Corolla is a perennial contender for the top spot in the compact sedan market segment. Its classic economy car design is the basis for a new crossover SUV that offers consumers the same affordable, efficient reliability that has made “Corolla” a byword for value. Let’s take a look at the new crossover, the Toyota Corolla Cross, and see what it has to offer.

The Corolla Cross is An Evolved Classic

Using wisdom and foresight, Toyota has evolved its wildly successful small sedan and kept up with the times (having added hybrid and hatchback versions). Adding a crossover SUV gives consumers who’d like a bit more space an option that doesn’t mean parting from those renowned Toyota Corolla hallmarks of value and efficiency.

It’s to Toyota’s credit that it based the Toyota Corolla Cross on a proven rock star from its lineup. After all, introducing this brand-new crossover SUV required little more than elevating the Toyota Corolla’s base and adding an SUV-size rear end. It’s much like driving a larger Toyota Corolla, an evolved class that’s long been recognized as a classic.

It may not be a prototypically high-powered SUV, but it’s got enough torque to tow up to 1,500 pounds. The Corolla Cross’ three trims all have the four-cylinder engine powering a continuously variable automatic transmission. It comes standard with front-wheel drive, though if you’re into the whole SUV thing you can upgrade to an all-wheel-drive version that’ll make it feel more like a traditional SUV. The L trim gets 31 mpg highway and 33 mpg city, more than acceptable for just about any SUV.

The Toyota Corolla Cross L trim gives you a generous selection of infotainment and safety features. The L starts at just over $23,000, so it’s easy for traditional Toyota Corolla consumers to get plenty for their money. You’ll enjoy a solid six-speaker audio system, satellite radio, keyless entry, LED headlights, Android Auto/Apple CarPlay compatibility, and much more.

The Toyota Corolla Cross is a dynamic combination of drivability, value, and features that make driving more enjoyable, and safe. The L version also offers adaptive cruise control, collision warning, and lane-departure warning. The top-level trim XLE version ups the ante on luxury, with everything from dual-zone automatic climate control to front and rear parking sensors, a power liftgate, and a premier nine-speaker sound system.

Like its sedan predecessor, the Toyota Corolla Cross is an affordable mingling of quality, economy, and luxury. As such, it’s a worthy addition to a line of vehicles Toyota has designed with the needs of consumers in mind, people who need a reliable vehicle that’s as compatible with their budget as any other part of their life.