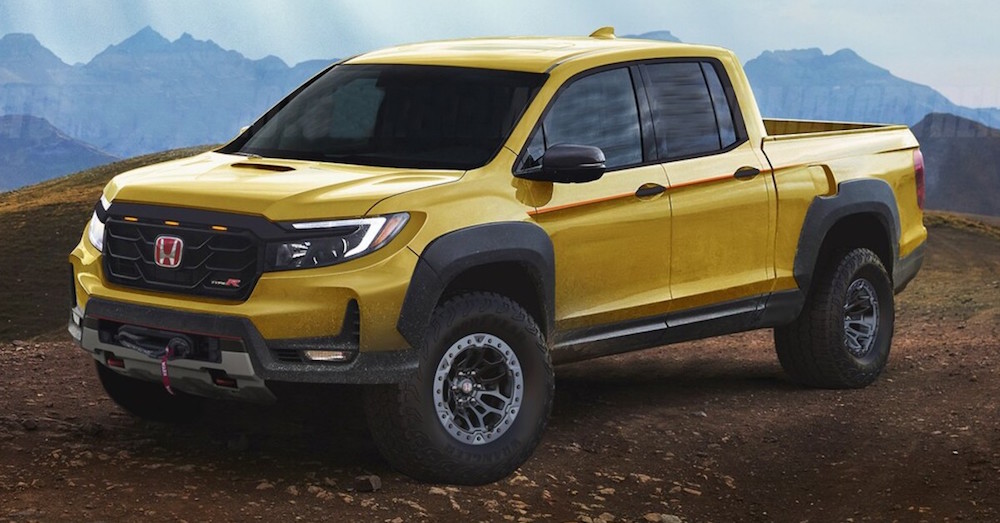 The midsize truck market is one of the most competitive in the automotive industry. One truck that stands out is the Honda Ridgeline, which is different from the rest of the models you’ll see.
Shopping in this market means you’re going to find most of the utility of a full-size truck but in a smaller package. When you don’t need to do truck stuff every day, you’ll be glad to have the smaller size, easier maneuverability, and better fuel mileage offered in a midsize truck.
Let’s look at some of the midsize trucks offered and see how they compare to the Ridgeline.

The Nissan Frontier is Changing for the Better

It’s been a long time since we saw upgrades to the Nissan Frontier. Thankfully, when the 2022 model year arrives, this truck will be a new version of itself and be fresh and ready to give you the drive you want in a midsize truck. The fact that Nissan gave us the same build for sixteen years makes us wonder if they have the pulse of the class in mind. The Frontier has been the most affordable model in this class, but that doesn’t make it a truck you should choose over the Ridgeline.
When the new Frontier arrives, it will have a new V6 engine and nine-speed automatic transmission, but it still might have some of the flaws we’ve dealt with in this truck.

The Ford Ranger Offers a Lot to Admire

An impressive turbocharged four-cylinder engine is found under the hood of every Ford Ranger, giving you the power and towing capability you’re looking for. Much like the Honda Ridgeline, there is only one powertrain for this truck. Unlike the Honda, the Ranger has a choppy ride, making it feel like a truck that is much more comfortable and confident on the trails than on the roads. The Ford Ranger is capable of hauling and carrying a lot of gear, but the ride comfort is compromised heavily in the process.
A new Tremor off-road trim is offered for the Ranger, but if you’re not going to spend much time on trails, the Ranger might not be the right midsize truck for you.

Toyota boasts that the Tacoma can be had in nearly thirty different configurations. Many of the upgraded versions you find for this truck are offered to give you off-road equipment that will make it easier for you to handle the challenges of the trails. Unfortunately, the Tacoma comes with a relatively weak base powertrain that is underwhelming at best. The Tacoma does benefit from some amazing safety equipment to give you the confidence you want during your drive.
To have real power in the Toyota Tacoma, you have to move up to the larger powertrain. That’s not something you have to worry about in the Ridgeline.

Hardcore Off-Roading is the Staple of the Jeep Gladiator

If the Jeep Gladiator looks familiar, that’s because it shares a platform with the Wrangler. The Gladiator is made for off-road driving, and it gives you plenty of power and features that will be useful out on the trails. The Honda Ridgeline cannot compare to the trail-riding of the Gladiator, but when it comes to driving around on the roads, the Ridgeline has this truck beat.
Where are you driving most of the time? Even those people that spend a lot of time in the wilderness spend more than 75 percent of their time on paved roads. This is where the Ridgeline shines and where you won’t want to have a hardcore off-roader.

Quality Driving and Comfort Found in the GMC Canyon

If you’re looking at the Ridgeline as being one of the most comfortable trucks to drive on the road, you’ll see the GMC Canyon offers a build that’s pretty close to the smooth ride you want. The biggest difference between these two trucks is the fact that the Canyon is built on a traditional platform while the Ridgeline has a unibody construction.
When it comes to options for the powertrain, upscale features, and a truck that reaches luxury levels, you can’t go wrong with the GMC Canyon, but the Ridgeline is more affordable and built to give you better fuel mileage and a smoother drive.

The Chevrolet Colorado can do it All

The market cousin to the GMC Canyon is another challenger for the Honda truck. Looking at the Chevy Colorado, you’ll find an affordable base price, a quality build, and some amazing driving features. There are more powertrain options for the Colorado and Canyon than for any other truck in the midsize truck class. In fact, these two trucks are the only ones that can give you a diesel engine.
The greatest difference between the Colorado and Ridgeline can be found in the ride quality offered. The Colorado is a much more utilitarian truck, made to give you the capability needed to rival some full-size trucks, while the Ridgeline is made to be smooth and comfortable during a drive.

The Truck Where the Bar has been Set

We’ve been looking at the Honda Ridgeline as the truck we want to compare all others in the midsize truck market. The simple fact is, there isn’t another truck that does compare to this one. The Ridgeline is the only truck in the class that uses a unibody construction. The front of the truck resembles the Pilot SUV, and the powertrain is the same one used for the three-row SUV.
When you get behind the wheel of the Ridgeline, you could have some features that are unique to this truck, much the same way this truck offers you a unique ride. You could have audio speakers in the bed, enjoy the in-bed cooler area, and have the benefits of AWD for the times you do want to take this truck out on the trails in your area.
The Honda Ridgeline isn’t as capable on the trails as some of the hardcore models, but it’s smooth, comfortable, and filled with fun features to make it a midsize truck that fits perfectly into your lifestyle.