Skip to content
Latest News
Toyota Corolla Cross Hybrid Revealed
Should I Buy a New Toyota RAV4 or Used One?
10 Rotary Engine Mazdas that We Can Appreciate

Buick dealers and enthusiasts everywhere in the United States are getting ready for a new version of the Buick Envision to hit the market since the word is getting out about General Motors filing a trademark for a Buick Envision GX.

But what do we know about this new Envision? Could it be a revamped version of the Buick Envision Plus currently selling in China or something completely different? When will it begin to be sold in the North American market? Here’s everything we know so far about the new Buick Envision GX.

What We Know About the Envision GX Trademark

On April 11, 2022, GM filed a trademark with the United States Patent and Trademark Office for the Buick Envision GX. The GX will be marketed as a global vehicle, meaning it will be in North American and Chinese markets, and dealerships like Ray Skillman Northeast, a Buick dealer in Plainfield IN, will be able to sell the vehicle.

Because of this, many believe that Buick Envision Plus, which has been manufactured and sold in China since last summer, is actually the newly trademarked GX. The Plus is a bigger version of the original Envision, much like the GX is set to be. Manufacturers tend to give a vehicle different model names when sold in other countries, which may be the case with the GX and Plus.

What Makes the GX Different from the Standard Envision?

Like the Buick Encore with its larger Encore GX version, all signs point to the Envision GX being a bigger, but otherwise very similar, version of the standard Envision. The main difference between the Envision and the Envision GX is that the GX is a bigger SUV model than the original Envision.

Unlike the original, the Envision GX will have three rows of seats instead of only two. Much of the GX version will be the same as the standard Envision, other than its increased size to accommodate the extra row of seating and a few more subtle changes – a bar connecting the headlights and some front bumper differences.

Things like the 9-speed automatic transmission and the 2.0 liter 4 cylinder engine used in the Envision will likely still be used for the GX version. Many of the features of the original Envision will also be provided in the GX. This means that, for many, the decision of getting an Envision versus an Envision GX boils down to the amount of space and seats that they need in a vehicle. 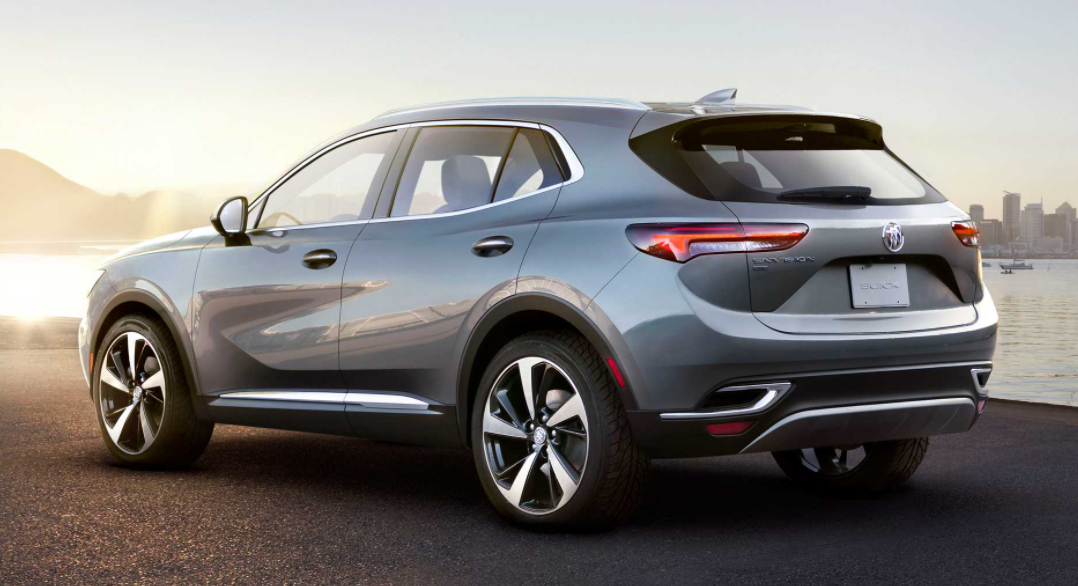 When Should We Expect the Envision GX on the Market?

While GM’s trademark for the Envision GX was filed on April 11, 2022, there has been no official word on when it will hit the market. All signs point to it being introduced in the United States vehicle market by the summer of 2022.

After its debut, the Envision GX will be available from sellers like Ray Skillman Northeast, a Buick dealer in Plainfield IN, as a part of the standard Buick lineup.