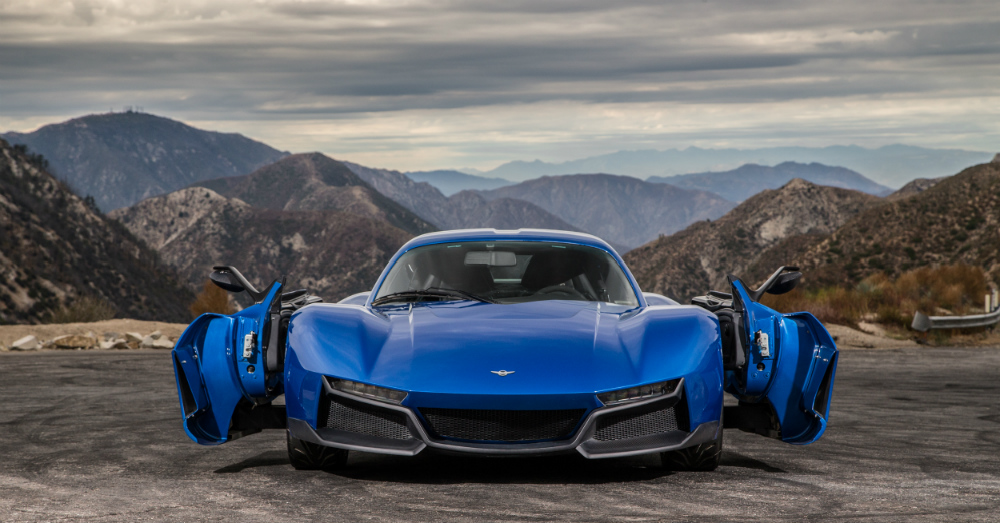 The Rezvani Beast Alpha has been put on display and it seems to be gaining a lot of attention. This car hasn’t even been put into production and already many people want one. They might not even hear the engine or know the stats, but this is already a car that people want and has flocked to the Rezvani website to see if they can order the Beast Alpha. There aren’t many reasons to flock to a website before hearing the stats, but the Beast Alpha presents a unique feature that could be the reason so many want to buy this car.

The most significant feature of this car is the doors. Specifically how they open and close, which is something brand new of the automotive market. The Beast Alpha looks like it belongs in the market with Ferrari and Lamborghini while being an impressive car to drive. So far we don’t know exactly how it drives, but with the doors closed you can see the impressive aerodynamics and the build of the car that is pure sports car. This is a car that’s ready to hit the track and work hard at being the most impressive car on the circuit.

What’s so special about how the doors open and close? This special part of this feature is shown in this video, but it’s certainly different. These doors open in a manner that resembles those of a minivan with the slide, but in this case they slide forward and out of the way. You can see how this would be advantageous, especially in tight spaces that are meant for smaller cars, but this car is impressive from every angle and offers you something special and new with doors that open and close in a dramatic fashion that’s new on the market.

As for the power that this car will enjoy, it uses a four-cylinder engine that can produce a massive 500 horsepower and reach sixty mph in only 3.2 seconds. This is mated to either a six-speed manual or automatic transmission to give you the drive you want to enjoy. There are features on this car that make the ride more comfortable and connected such as Apple CarPlay, but most people can’t get past the fact that the doors open and close in such a dramatic fashion. This is a car that you can easily admire and love to drive.

Do you want one of the Rezvani Beast Alpha models? If so you’ll have to pay the $200,000 price, but for a car that has the power this one does, comes in a lightweight build and shows off with the doors that make a huge difference, you won’t mind that price at all. Who would have ever thought minivan doors could look so cool and now that they are on a super sports car you might start looking at your minivan in a totally different light and know the sliding doors are actually ahead of their time.