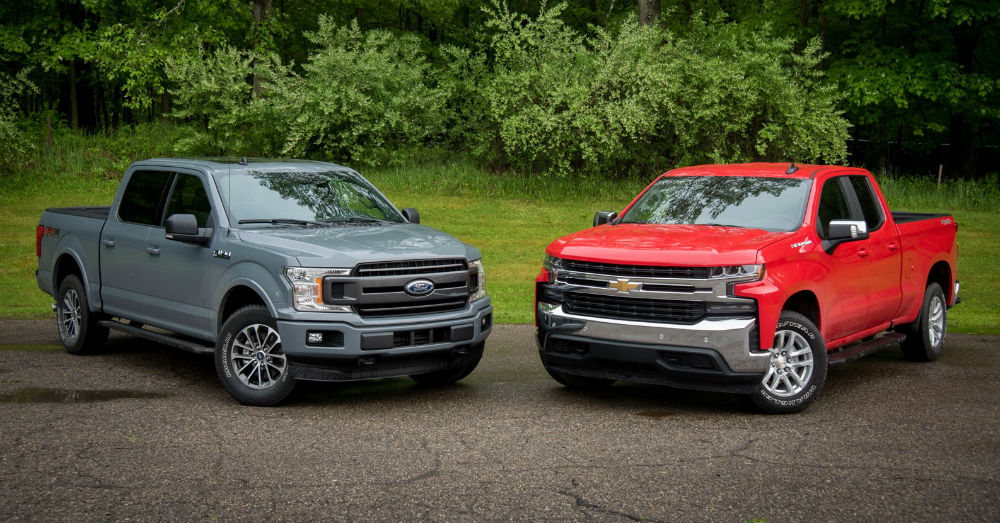 Look around on any highway in America and chances are you’ll see more than several Chevy Silverado and Ford F-150 trucks. Year in and year out, these two used truck models, which have been part of the American motorcar fabric for upwards of seventy years, are two of the most popular trucks on the road.

How America’s Most Popular Used Truck Models Stack Up

Versatile, durable, and tough as nails, the Used Chevy Silverado 1500 and the F-150 can get just about any job done. From hardcore work on the job site to comfortable rides around town with your family, these trucks offer enough adaptability to fit into whatever role you need.

Over the years, both trucks have come in a variety of different trim packages, with different options, formats, body types, and powertrains, meaning finding the perfect truck for your life has never been a problem.

But which truck has better withstood the test of time? Does one stand head and shoulders above the other when it comes to retaining its value? Is one an obviously better choice when buying used? Is there any difference between these two almost evenly-matched trucks?

No matter the year, if you can find two similar models with roughly the same mileage, the cost of these trucks is usually a push. A 2015 F-150 with 42k on the odometer will run you between $25 and $27k, whereas the same model year Silverado with the same ballpark mileage will cost just about the same.

Go back a bit further though and you’ll find that the Silverado retains its value just a bit better than the F-150. A 2010 Silverado LTZ with around 60k miles might cost you over $25k whereas the same model year F-150 Lariat package would only set you back $22-$24k.

Few vehicles on the road outscore the F-150 and Silverado year in and year out when it comes to reliability ratings. These are both trucks that will stand up to any work you throw at them and keep on running year in and year out. Routine maintenance coupled with some industry-leading warranty standards means you should be able to drive either of these trucks for a long, long time.

When it comes to their base model consumer trucks, Chevy is usually known as a better hauler than Ford. Of course, there are plenty of powertrain packages to find out there in used showrooms around America, so one Ford might just out-tow one Chevy. But on the whole, if you’re hooking up the fifth wheel or towing that horse trailer, the Silverado might be better suited for your life.

So Ford or Chevy? Which Used Truck?

Looking a bit deeper into these two trucks, it’s pretty obvious that they’re neck and neck when it comes to some of the most important categories for used truck buyers, making it no wonder that they’re two of America’s most popular trucks every year. So really, in the end, it just comes down to personal preference and the simple question of “Are you a bowtie person or a blue oval person?”