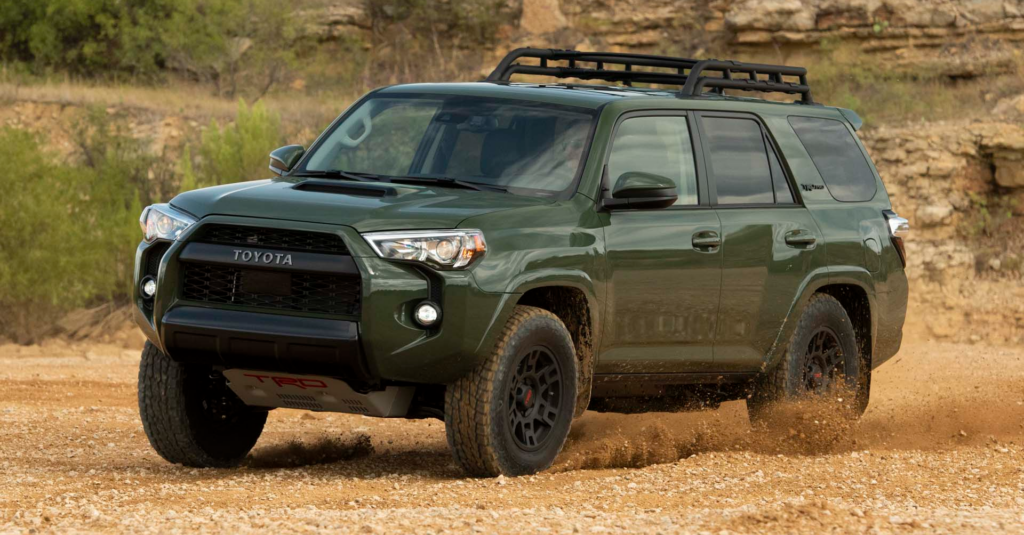 Thankfully, Toyota continues to build the 4Runner, and this impressive SUV looks more different from the rest than it ever has.

In a world where we see more crossover SUVs that are built to stay on the roads and offer a comfortable drive, there aren’t very many adventure vehicles left.  When you see this SUV, you’re going to start thinking about whether or not you want to drive on the trails and let it show you what the wilderness has to offer you when you get behind the wheel.

The 4Runner is Truly Old School

The idea of calling something “old school” can often be thought of as either a compliment or an insult. Thankfully, the Toyota 4Runner is an SUV that takes this as a compliment and continues to offer us a body-on-frame construction that can allow you to have a fantastic drive. This SUV is capable and ready to have the drive you want with the ride where you want to go, even though it lacks the modern driver assistance features that we see on many vehicles today. The 4Runner is an SUV that gives you a drive you’ll want to experience.

Upgrades for Performance in the Toyota 4Runner

The Toyota 4Runner is such a throwback vehicle that it doesn’t put upgrades into the driving aids we see across the market, instead, the upgrades are offered in the TRD Pro trim to give you more in this model. This version of the 4Runner adds the benefits of a navigation system, an improved JBL audio system, and a revised suspension that features Fox Internal Bypass shock which is all added as standard equipment for this trim of the 4Runner that you want to take on the roads and trails in your area.

An Extremely Smart Feature in the Toyota 4Runner

Have you noticed how many of the SUVs on the market are now offered with a rear liftgate that has a stationary window? Older SUV models had a latch to open the window portion of the liftgate, but these windows often broke when closed hard. The 4Runner has a power window in the rear liftgate which allows you to put items in the area without opening the entire tailgate and improve your visibility when you’re driving this SUV out on the dusty and dirty trails in your area.

Active Driving in an Older Model

Even though you might not be thinking about driving a vehicle that’s going to offer you the older style and ride that the Toyota 4Runner brings to the market, you should be. This is an SUV that’s capable, impressive, powerful, and large enough for seven people to ride along. Make your way to see your nearby Toyota dealership and let them show you the 4Runner when you want a vehicle that can take you out on the trails and be competent on the road. This SUV might surprise you by what it offers and it certainly will take care of you wherever you drive.