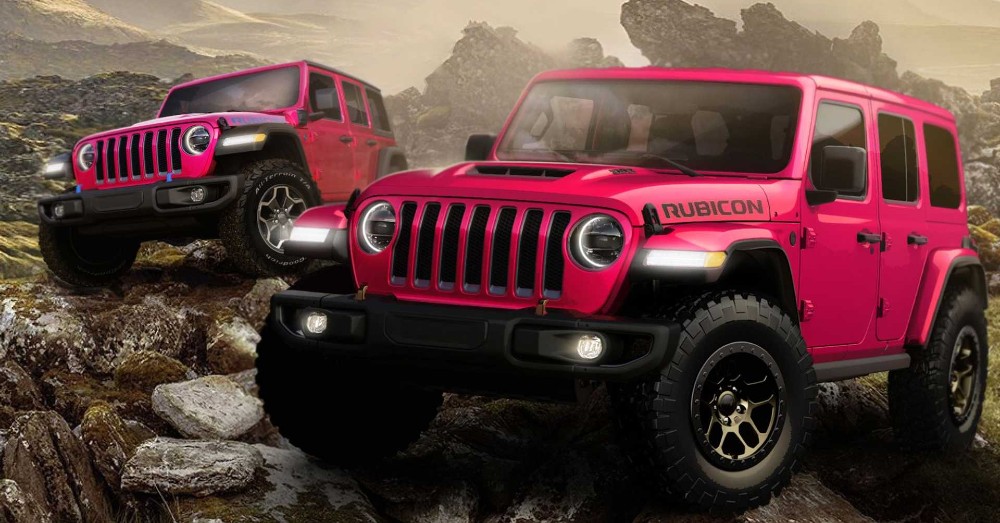 Back in August of 2021, Jeep launched four special-run colors: Tuscadero, Chief Blue, Nacho, and Gecko. The Tuscadero color, in particular, received a ton of buzz and excitement from customers. However, Jeep didn’t expect that the new color of chromatic magenta would take off quite so thoroughly.

Since its August debut, the optional color with a $395 price tag has been ordered on new Jeep Wranglers nearly 30,000 times. That makes it the most popular Jeep Wrangler special edition color for 2021.

The new Tuscadero color was only supposed to be available through November of 2021. However, Jeep quickly recognized the crazy popularity of the new color and announced on December 14 that the limited-edition color would be extended. The VP and head of Jeep Brand North America said that the brand expected Tuscadero’s high popularity and customer response. The color’s limited run will be extended into the 2022 model year of Jeep Wrangler, and customers can keep ordering the color on the new Jeep Wranglers through December of 2021.

Why Is Tuscadero So Popular?

You might be wondering why Tuscadero is such a popular color for the new Jeep Wrangler. Jeep Brand VP Jim Morrison explains that Tuscadero is a confident, authentic, and exciting color that stands out on the road or the trails, which also exemplifies the qualities of the Jeep brand and the Jeep community. It’s a color that’s designed to break the mold and turn heads. Not too many current production models offer such an electric shade of pink, so those who like to grab attention will find much to like in the Tuscadero Jeep Wrangler.

What were the motivations behind the color and the color name? It’s actually named after a Happy Days character Carol ‘Pinky’ Tuscadero. The character was known for wearing primarily pink outfits in the TV show. This isn’t the first time FCA/Stellantis has offered a color in this shade. In fact, the 2010 Dodge Challenger wore something with the exact same paint code called Furious Fuchsia. The reason behind this new color was simply to offer something different and unusual that would stand out.

Tuscadero is available on all Jeep Wrangler models, including the Sport, Sahara, Rubicon, 4xe, and 392. The price for adding this option is $395. There are a few restrictions, however. The color can’t be paired with Wrangler models that have the half-door option. There’s also no word on whether the color will be available on any other Jeep models, including the Gladiator.

When the color was officially introduced in August, the Jeep social media accounts were filled with excited customers who couldn’t wait to get their hands on it. If you have your heart set on a Tuscadero Jeep Wrangler, the good news is that you have the rest of the year to put in your order.