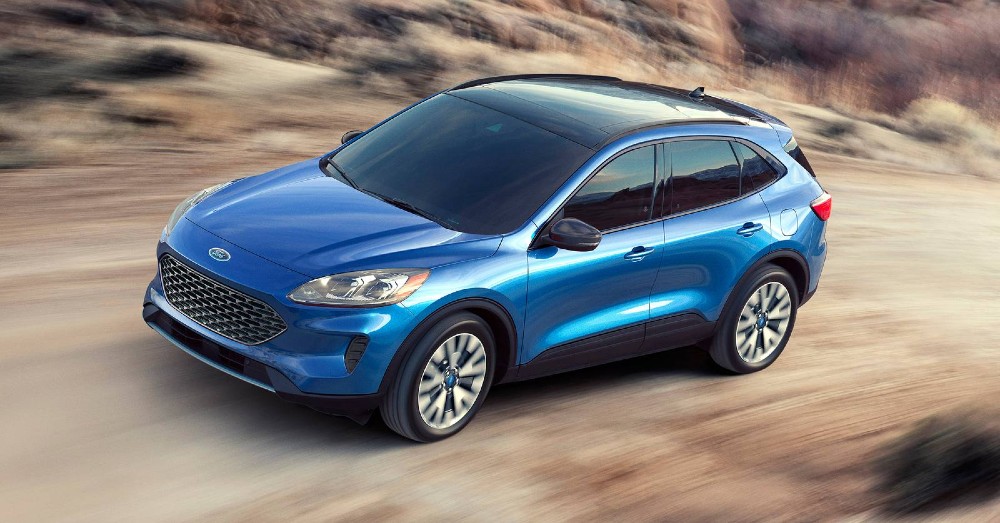 The comeback is on, and Ford is riding high with strong sales across the board. November was a banner month for sales at Ford, with solid year-over-year increases that we can admire. When you’re looking for a truck or SUV, Ford has what you need.

More of your friends and neighbors are heading back to this brand to find the model that will give them the desired drive, roominess needed, excellent versatility, and quality drive. Isn’t it time you headed to Ford to find your next ride?

Yes, Ford and other automakers have faced inventory shortages at dealerships due to the semiconductor shortage.

As these items have made it to the assembly line, the production of models, like the Ford Escape, have been flying out of the factory to ensure dealers have the products they need to sell.

Another caveat to the sales numbers is the fact that we’re comparing numbers this year to a year in which we faced a pandemic. That pandemic isn’t quite over yet, but the sales numbers are returning, and inventory is not only flying out of the factory but flying off the dealership lots at Ford.

November Sales that are All the Rage

When we tell you that Ford sold 158,793 vehicles last month, your first question might be, “is that good?”

Without a point of reference, you have no idea how good or bad that number is for this brand. That number of sales was 5.9 percent greater than the sales last year, giving Ford a significant bump.

These sales can be broken down into three segments where you see how each part of the Ford lineup performed.

Truck sales reached 82,231 total sales, which was an overall increase of 4.6 percent despite a loss of 2.9 percent in the retail sector.

Sales of SUVs are certainly on the rise, with 72,795 models sold. This number represents an overall increase of 20.8 percent in this segment.

Looking at the Ford electrified models, we see 11,116 models were sold last month, increasing 153.6 percent overall and 221.2 percent in the retail sector.
The electric numbers are amazing!

The Ford Explorer Sells the Best

The venerable name of the Ford Explorer has been the top-selling SUV for this brand all year long. For November, 18,268 models of this SUV were sold, and it’s easy to see why. This SUV is one of the most versatile in the market, giving us a vehicle that can fit three rows of passengers, take all your cargo with you, and provide the adventures you want to enjoy. It’s not a surprise that the Explorer is the highest-selling SUV when you get inside and take this vehicle out for a test drive.

The New Bronco Sport is Second in Volume

November was a month in which the Bronco Sport proved it was ready to be one of the cornerstone SUVs in the market. This SUV outsold some of the names we’ve known from this brand for a long time.

The Baby Bronco was purchased 11,486 times last month, and those models are out there giving drivers the equipment needed to have some fun on the trails and fit perfectly in city parking spaces.

Does the Ford Edge Surprise You in the Third Spot?

We’ve often looked at the Ford Edge as an SUV that is made for a niche crowd, but that niche has grown to allow this SUV to be third on the list when it comes to the volume sold in November.
There were9,489 models of the Edge sold last month, making it a strong performer in the market. It seems that more drivers want the extra roominess and quality comfort offered in this impressive SUV.

Strong Numbers for the Ford Escape

If you want to enjoy the benefits of a compact crossover SUV that’s made for driving on the streets, the Ford Escape is an easy choice for you. You won’t be alone in this venture, last month, 9,420 models of the Escape were sold, making it the fourth-highest Ford SUV in sales volume. Considering the number of models sold, a significant number of vehicles headed off of the dealer lots.

It’s a Given, The Ford F-Series Trucks Sell the Best

It’s been 45 years of dominance for the Ford F-Series trucks, and that doesn’t seem to be slowing down anytime soon. Unless there was to be a catastrophic event in December, let’s pray there isn’t; no other brand will be able to overtake the sales of the Ford F-Series trucks. These trucks are just the right ones for you to drive whether you’re looking for a truck to get work done or you simply need a comfortable truck that works great on the road every day. Last month, 60,418 models of the F-Series were sold around the country.

Even if you weren’t convinced an electric SUV version of the Mustang would work, it’s proving that it does.

The electrified segment of Ford vehicles is growing at a rate that’s three times more than the rest of the industry.

The share of electrified vehicle sales for Ford last year was 5.4 percent, and that has increased to ten percent this year. This is mostly thanks to the Mustang Mach-E and F-150 Hybrid models that sold well last month. Expect these models to continue to grow the electric segment of Ford.

Will You Drive One of the Ford Models?

The popular brand that has given us a variety of amazing vehicles to drive for more than 100 years is showing the sales growth we expect when it’s time for this brand to continue to be one of the top brands in the market. With vehicles like the Ford Escape to give us a starting point in the SUV market, the venerable F-Series trucks, and the new electric models, it’s easy to see the excitement in the Ford name.