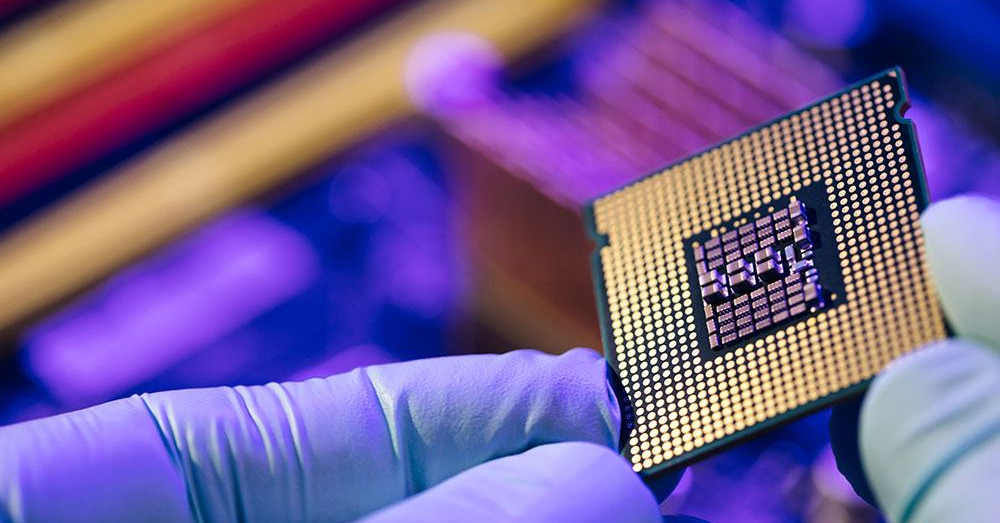 Did the global semiconductor chip shortage truly have a negative impact on the automotive industry or were there bright spots?

Even though you saw higher prices for used cars, dealers still selling models even though some models weren’t on the lot, and fewer incentives being offered, the lack of these chips impacted the industry in a way that might never be reversed. Eventually, we expect a new normal to be set for inventory levels, prices to come back down, but not to pre-pandemic levels, and incentives to be offered again, but the automotive market we remember before the pandemic will likely never return.

That’s Not All Bad News

Even though it’s possible we won’t see the automotive market return to the old version of normal, the new version might bring customers, dealers, and automakers some serious advantages. This could be a good thing for all involved, even though automakers lost billions in revenue during the pandemic and through this shortage of semiconductors to put in the computer systems of the vehicles being built.

How Can Customers Benefit?

We spend more time shopping for items online than ever before. It’s convenient, easy, relaxing, and enjoyable when compared to shopping at a store or car dealership. The pandemic created a more dynamic eCommerce world where dealers were able to sell vehicles without ever making contact with customers, and customers could purchase these cars from the comfort of home. Expect this to continue going forward.

The fact that dealers won’t have the inventory levels they had on the lot previously could lead to more shoppers placing orders for vehicles that match their specifications. This means you won’t settle for a vehicle that’s on the lot just because it’s physically there. You’ll have a chance to receive the exact car you want to drive.

How Will Dealers Benefit?

With fewer models on the lot, dealers can focus on the online shopper and spend more time and energy engaging with customers that want to connect electronically. Dealers won’t need large car lots to sell vehicles from, which could mean lower operating costs in the short and long term. If orders are taken for cars that customers want to buy, revenues can increase while waiting for orders to arrive. The chip shortage made all of these things possible.

If fewer customers are walking through the doors, dealers can focus on service and being customer-oriented with online events and programs that customers can take advantage of instead of worrying about rotating vehicles or going on test drives.

How Can Automakers Benefit?

Some automakers have already begun to ensure an event like the pandemic cannot cause them trouble again. In some cases, this means partnering with suppliers to be the only customer for some of these chips. Others have begun to look for ways to use fewer chips in the vehicles built or use other high-tech items to run the systems of the vehicle.

Because fewer vehicles could be needed on dealership lots, automakers won’t have to produce as many cars at a time. This might result in reduced sales for a year, but a market that is used to ordering higher trim levels from automakers would result in a streamlined inventory and delivery process for automakers.

It’s Not All a Bed of Roses

Overall, the global production of vehicles was 11.3 million units lower in 2021 than it was in 2019, which was the last full year of production that could allow this number to be compared. It’s possible the shortage will still be present at a level that reaches nearly seven million units globally for 2022 and still 1.6 million units shy of the 2019 numbers for 2023. Of course, some automakers may never return to full inventory levels and may do so intentionally.

Will New Chips be Developed?

Could there be semiconductor chips that can be used to operate all of the computers in a vehicle rather than having several of these items used for each vehicle? That is a question that’s being researched, but considering the small size of these chips, it makes sense that one is installed in each computer as needed. The chip shortage did show us that we need to have something that’s an alternative to these chips to help relieve the pressure of the supply chain.

We Need More Chips; Give Us the Chips

Until we have the technology to operate all of the computerized systems of a vehicle using a single computer with only a few chips installed, we need more of these semiconductors to ensure automakers can continue to develop the technology needed for electric vehicles and autonomous driving, both of which are technologies we will see continue to develop in the future to a goal of a completely electric driving world.

Because we need more chips and will continue to need them, despite the chip shortage, producers of these items have committed to spending about $146 billion to bring more of these computer items to the market. This is good news for now, but it doesn’t mean the shortage is over yet.

Will the Chip Shortage Eventually be a Good Thing

Change, development, and discovery are born out of adversity, not out of complacency. We don’t often change anything if we don’t see a need to change. The same goes for developing the technology that will improve our lives and move us forward. The automotive industry will certainly rebound from the pandemic and the lack of semiconductor chips. We will see how this industry moves forward in the upcoming months. Hopefully, sooner rather than later, we will get to reap some of the benefits of the industry coming back to what will be donned as a “new normal.”