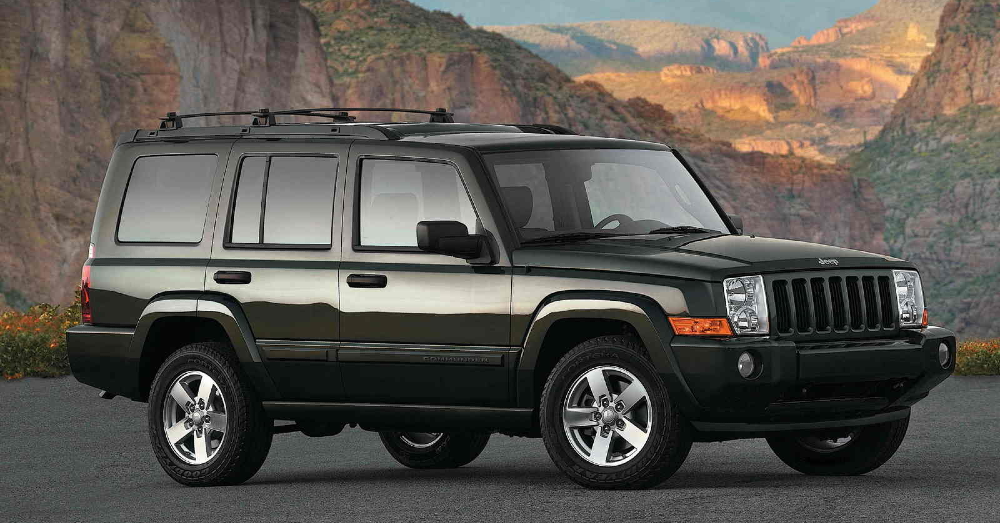 Some people are completely opposed to buying vehicles from specific brands, but that shouldn’t be why you avoid certain models. Instead, you need to consider the history of the vehicle, the number of recalls, and the expected life the vehicle could offer. If you’re ready to buy a new or used SUV, you’ll want to look at the various reports and advice to figure out what you should avoid. Before you start scrolling to the automotive advice pages, you’ll want to put these six models on your list of SUVs to think about many times before buying.

From 2006 until 2017, the Patriot and Compass models from Jeep shared a platform. These compact crossover SUVs are known for being affordable, easy to drive, and capable on and off the roads. That said, they both brought one item to the mix that is not a good item: the CVT transmission. These transmissions are supposed to last at least 100,000 miles, but for the Patriot and Compass models, that didn’t happen.

The engine of many versions is also loud, unrefined, and underpowered, leaving drivers worn just from driving one of these models. You should put these on your list of SUV models you might reconsider buying when shopping in the compact crossover SUV class.

GM has a Trio of SUVs You Want to Reconsider

If we’re being perfectly fair, the GM trio of the Chevrolet Traverse, GMC Acadia, and Buick Enclave are SUVs that many people trust and enjoy driving every day. Even though this is true, these vehicles are notorious for having multiple electrical problems. This is one area using the cheapest parts in the market, meaning you might need to replace different parts of the electrical system when you select one of these three SUVs.

Unfortunately, the electrical issues aren’t where the problems end. If you drive the Traverse, you could face a timing chain that breaks. This issue costs nearly $4,000 to fix and replace. There are also troubles with the steering rack and transmission with these GM SUVs. Before you commit to buying one of these SUV models, weigh these trouble spots to see if it’s the right vehicle for you.

Even though many of the Ford engines are excellent, if you find the large SUVs with the 5.4-liter 3-valve V8 engine under the hood, you need to think twice about buying that SUV. Among V8 engines, this is the second-worst in the market, with only the Northstar V8 coming with more issues. You don’t have to avoid these Ford SUVs altogether; there are models with other engines that could give you the drive you want.

How much will it cost for you to fix this engine problem if you buy one of these SUVs? To fix and replace this big V8 engine, you’ll spend nearly $7,000. You’ll want to stay away from any of the Ford SUVs with this engine under the hood; it could be troublesome later on.

The Jeep Commander Can be Frustrating to Drive

From 2006 to 2010, the Jeep Commander came with several SUV issues that you don’t want to inherit. This SUV is historically one that handles off-road fun and quality driving to wherever you want to go, but the models during these five years have some problems you need to be aware of before you buy. Some models are known for leaking from the sunroof, having issues with the quadra-trac system, and exhaust leak problems.

The quadra-trac issue seems to happen when the wheels differ in circumference, which means if you buy the Jeep Commander you need to change the tires simultaneously with the same size each time. The differential mounts also cause clunky driving, making it hard for you to handle the ride in this SUV. There’s nothing wrong with the Jeep Commander unless you find one that’s from these five years.

One of the SUV models you should avoid buying or at least consider twice is the Buick Encore. The model year range goes from 2012 to 2022, which is a long time of vehicles that you might not want to buy. The 1.4-liter Ecotec Turbo engine has many issues that need replacing every few years. You’ll need to spend nearly $3,000 every time one of these issues for the Encore shows its ugly head.

This Buick is also known for having many electrical issues with the batteries and the charging systems. If you want an SUV that is frustrating to own and drive, the Buick Encore is that SUV. Yes, some versions give you a good drive and can last for many years, but you might not want to take that chance. If you’re looking for a subcompact crossover SUV, look elsewhere.

The Previous Generation of the Chevy Trailblazer can be Troublesome

One of the SUV models you should avoid buying is the Chevy Trailblazer from 2001 to 2008. By the time Chevrolet was making this SUV, it was one of the cheapest built in terms of quality and price, which made it difficult to enjoy. The Trailblazer from this range has cheap buttons, knobs, and fabric making the interior tough to live with when you drive.

Some owners of this version of the Trailblazer report the HVAC system breaking and causing the vehicle to be hot and difficult to live with during the summer. Of course, that’s not a big surprise for a vehicle that seems to fall apart while you look at it. Fixing the HVAC system can cause up to $1,000 because the work requires removing the dashboard to replace the broken part of the vehicle. You’ll want to avoid these Chevy Trailblazer models when you want to find a used crossover SUV to drive.