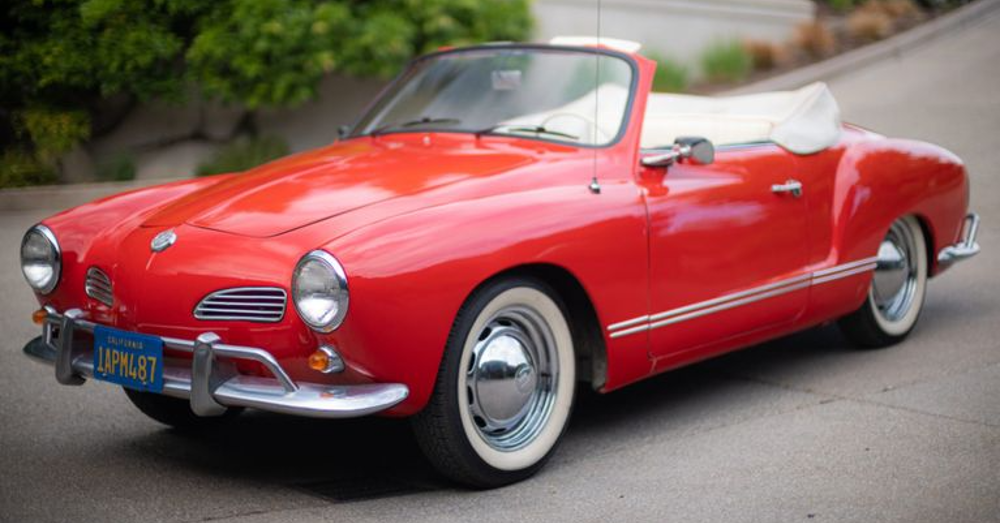 The whiplash effect of these head-turning cars has nothing to do with the safety of the car but the impact you’ll have when you drive by a crowd.

Some cars look nice, others look so similar you don’t notice them, and still, others are extremely attractive. The attractive cars could make you hurt your neck when you turn your head to see as much of that car as you can when it drives by. These super attractive models offer style and presence that makes you feel like they are works of art out on the road.

Some might look at the Jaguar XJS as a failure for the brand, but that doesn’t mean it’s not one of the most attractive cars ever built. This car is extremely sleek and stylish, offering an amazing look, especially if you find a convertible version of this amazing machine. You could find a Jag that’s a bit more stylish and more expensive in the E-Type or enjoy the affordability of the XJS, which is a real looker when you show it off around town.

Its Time to Show Off in the Porsche 944 Turbo

If you’re looking for an entry-level sports car, the Porsche name doesn’t immediately come to mind., but the 944 is pretty affordable. This car is also one of the top head-turning cars that show off with its stylish design, advanced engineering, and affordable price tag. The 944 might not be nearly as fast as the venerable 911, but is still an attractive Porsche that can be fun to drive and easy for you to show off when you’re ready to break a few rubberneckers while driving by.

The Aston Martin DB9 Continues the Elegance of the Brand

We’re not sure there’s ever been an ugly Aston, which means the DB9 is certainly one of the most attractive and impressive cars you can take out on the road. Aston Martin cars are famous for their gorgeous and elegant design elements, offering luxurious cabins and powerful engines for your time behind the wheel. What might truly surprise you is that you can buy the DB9 for a song compared to some of the high-priced exclusivity other Astons bring to the market.

How Cool is the Originally Datsun 240Z?

The original Datsun 240Z was the first of the Z-cars. This model spurned what has become a historically amazing package of vehicles that are incredible to drive and enjoy. The Datsun 240Z was a huge hit, and it’s still one of the most incredible head-turning cars in the market. You might not realize it, but this classic Z-car is one of the most affordable in the market, making it a good car when you want a fun project vehicle to work on.

Spin Some Heads in the Dodge Viper

The Dodge Viper could easily be the greatest V10-powered sports car ever made. This car brings a hardcore track-focused drive to the market to make it one of the most fun-to-drive cars you’ll find. Strangely, as amazing as the Viper can be, you’ll probably pay a lot less for a 1990s Viper than you will for one of the European supercars from the same decade. To paraphrase Rodney Dangerfield, American supercars just can’t get any respect.

The Audi Quattro Isn’t Stunningly Attractive, but it Turns Heads

Why does the Audi Quattro turn heads? This car is the model that tore up the Group B rally circuit in the 1980s, making it one of the head-turning cars you’re sure to love when you see it. The Quattro AWD system was the main reason this car was so dominant on the rally scene, causing other automakers to catch up to the prowess and amazing performance this car offered. For the most part, it looks like several other hatchbacks from the era, but it stands out as a true racing champion.

The C5 Chevrolet Corvette Z06 is a Stunning Machine

Adding Z06 to the Corvette name brings a stunning, high-performance sports car that brings lots of power and performance on the road. This car brought an LS1 engine that produced 385 horsepower, which is sent to the rear wheels through a six-speed manual transmission. This is an amazing car to drive and one that delivers the performance and stunning style that we often associate with the Chevy Corvette.

Most of the models that have worn the Porsche 911 name have become high-priced stunning sports cars that we admire. These are incredible head-turning cars, including the most affordable version, the 996 generation. There might be a lot of hate for this version from a driving purist standpoint because it was the first water-cooled 911, but it is certainly a car that others will look at twice and might need a chiropractor appointment after you drive this car past them.

You’ll Love the Style of the Volkswagen Karmann Ghia

The Volkswagen Karmann Ghia brought something more to the VW name that the Beetle couldn’t offer. This car was introduced in 1955 as one of the most stylish and incredible cars offered. The foundation was still the Beetle, but the bodywork made it one of the most attractive cars ever made. Can you imagine how your neck would feel if this car drove past you on the road today? Amazingly, this VW is still relatively affordable, with some models costing as little as $15,000.

Check Out the Gorgeous Roadster that is the Honda S2000

Honda had a special time in the 1990s with some of the most iconic cars ever made. The NSX was first, and the S2000 finished it off. The Honda S2000 is truly one of the best head-turning cars ever made, and it brings a ton of amazing style, affordability, reliability, and engineering to the market. If you have one of these cars, it should come with a warning for people to turn their shoulders with their necks as you drive by to avoid a serious neck injury.

These ten cars not only offer whiplash-inducing, head-turning style, but they are some of the most affordable sports cars you can still buy today. Will you choose to put onlookers in danger by driving one of these amazing machines?