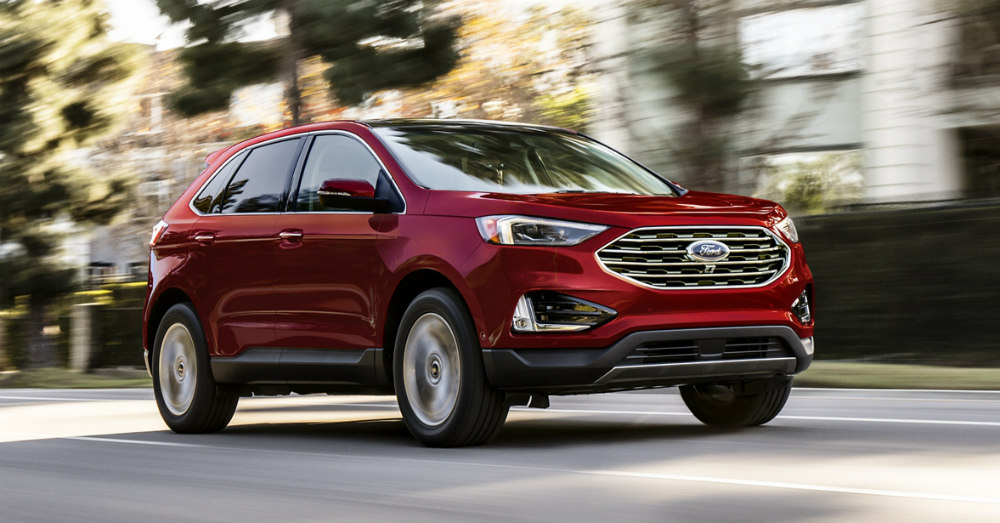 The 2020 Ford Edge is one of the roomiest midsize crossover SUVs on the market and it brings you a large number of impressive features to make sure you can have the ride you’re looking for. This SUV was refreshed for the 2020 model year to be an SUV that has upgraded items to give you the experience you want on the road. Recently, the Edge was put through the battery of tests that allow the IIHS to rate the safety of a vehicle. During this testing, the Ford Edge received the Top Safety Pick rating.

Is this Safety Rating Significant?

The top safety rating that any vehicle can earn when being tested by the IIHS is Top Safety Pick+. The Ford Edge was able to earn a rating that’s only one step below this which is a rating that it hasn’t had since the 2015 model year. What that means for you is the current version of the Ford Edge is the safest it’s been in several years. With that in mind, let’s take a look at how the Ford Edge performed during the battery of tests the IIHS put it through.

Improvements in the Crash Tests in the 2020 Ford Edge

The most significant testing performed to find the safety rating of a vehicle in the crash tests that are performed. The driver’s side small overlap test improved from “Acceptable” to “Good” to show serious improvements over the previous testing. The current version of the Ford Edge is the first to be put through the passenger-side small overlap test. The rating for the Edge during this test was also the top “Good” rating. This means the Ford Edge is going to do the most to protect you and your passengers when you’re in a crash.

The Front of the Edge Improved

The headlights and forward collision prevention of the Ford Edge has improved to reach a safer level for you. The Edge now offers optional headlights that have received an “Acceptable” rating for the ST and Titanium trims. The other trim levels do have a “Poor” rating for the headlights, which leaves some room for improvements in the future. The forward collision prevention technology can stop the Edge at speeds up to 25 mph before the crash takes place. This system is much better than what was offered in the previous model which was only a warning system and not one that prevented crashes from taking place.

The 2020 Ford Edges Fits into the Crowd

There aren’t very many crossover SUVs that receive the Top Safety Pick award or higher. Other models that reach this level are the Honda Passport and Jeep Cherokee while the Hyundai Santa Fe and Kia Sorento have both earned the Top Safety Pick+ rating. If you’re looking for a safe vehicle that gives you the comfort of a midsize crossover SUV that has five seats, the Ford Edge is an excellent choice and one that has improved to be safer than it was in the past. Stop by and see the Ford Edge at your local Ford dealer today.