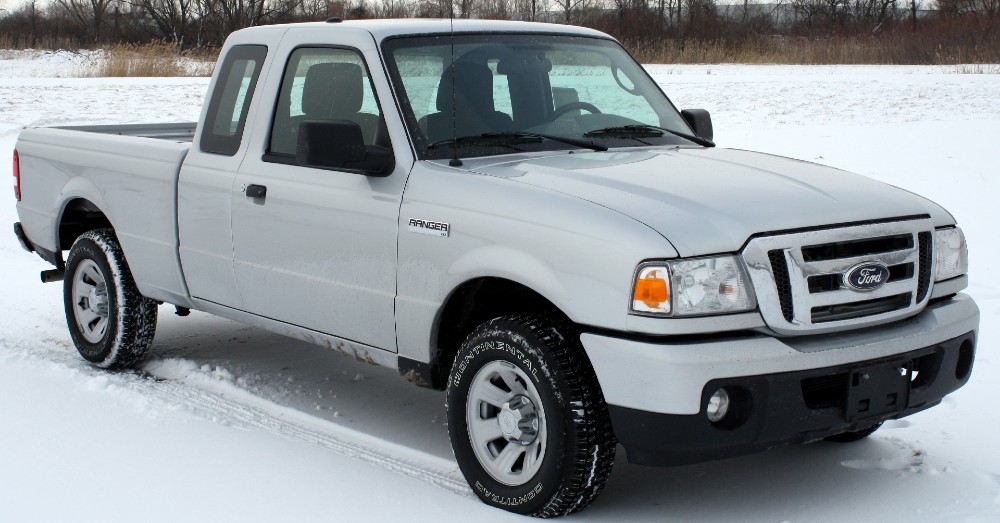 Are you looking for a used Ford Ranger? Since the Ford Ranger was recently reintroduced for the 2019 model year, you may have to go some years back if you want a used Ranger. Fortunately, the Ford Ranger is still a popular truck on the used market, and there are many older models to choose from. The Ford Ranger began in 1983 and ended in 2011 before being reintroduced.

The 2011 Ford Ranger might be ten years old, but it still gets good resale value on the used market. This Ranger was very popular, and there are many of them on the road today. You have three trims to choose from in the XL, XLT, and Sport. RWD is the standard drivetrain, but 4WD models are also available. Both four-cylinder and V6 engines were available on this Ranger. The 2011 Ranger is known to be quite reliable as well.

This used Ford Ranger belongs to the same generation as the 2011, but you may be able to find it for less money than the 2011. If you need a fuel-efficient and maneuverable small truck for your business, the 2010 Ford Ranger is a good choice. Your options for cab sizes include a regular cab and a super cab. The latter is more like an extended cab as the Ranger did not come in four-door models at this time.

Going back even further to the 2008 Ford Ranger, this one is a great choice as many changes were made coming off the previous model year. The front bumper was made more aerodynamic, a passive anti-theft security system became standard on all models, and three different engine choices were made. This Ranger was still in the third generation that began in 1998, but if you’re looking for a reliable refresh with a lower price tag, this model year fits the bill.

The further back you go in the third generation of Ranger, the lower the price tag. The good news is that these older Rangers were still plenty reliable even with well over 100,000 miles. 2003 featured several different packages and trims, including off-road packages and the Tremor trim that offered a 485-watt sound system.

This Ford Ranger was one of the top-selling compact trucks in 2000. The reason? Ford created a 2WD version that was taller than the usual 2WD truck, and it looked like a 4WD truck. This special Trailhead version was quite popular and boosted the Ranger’s sales. The suspension was upgraded for this model year, making the ride more comfortable than in previous years.
If you want to wait a few years before buying the brand new generation of Ford Ranger, the third generation Ford Rangers have you covered with reliability, low price tags, and good options for a compact pickup.