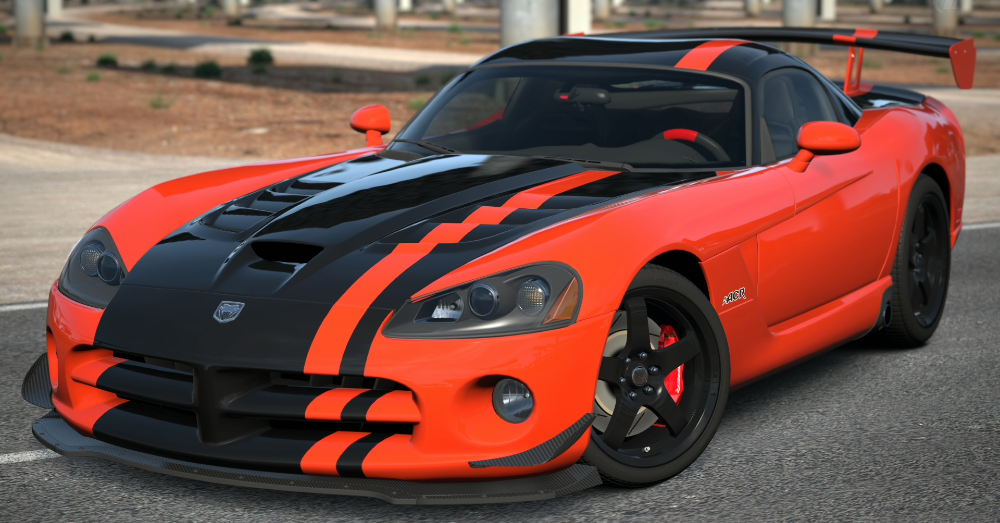 Nothing signified pure American aggression and performance as much as the Dodge Viper, which has been discontinued for the wrong reasons.

This sports car reached into our chests and made our hearts beat faster, our palms drip with sweat, and our minds race while we tried to tame a snake that just wouldn’t have it. Donned as one of the most difficult cars in the world to drive, the Viper was a thing of beauty, a car we desired, and a vehicle that owners were scared of. Those who could tame this crazy machine found joy and pure adrenaline in the drive.

Money Was The Problem

As is always the case with a car that we love to see and drive that is eventually axed, the sales of the final generation of the Viper weren’t strong enough for it to continue. Somehow, this car survived the first four generations, part of which involved the 2008 automotive recession, before the final generation caused this car to be deleted from the market.

It wasn’t that the fifth generation of the Dodge Viper had anything wrong with it, quite the opposite actually, but this car had to go up against a new C7 Corvette Z06 during the same year, and that was likely what killed the Viper. Even with the ACR model arrived, dealers couldn’t get rid of the Dodge supercar fast enough, and eventually, it had to go.

The Wrong Year for a New Generation

You would think that a new Viper would be just as welcome in the market as a new Corvette and a new Mustang. 2014 was the year, and all of the Detroit Big Three had a new sports car to show off. Unfortunately, the price can sometimes be the deciding factor when looking at a sports car. Most owners didn’t have the same brand loyalty that pickup truck drivers tend to possess, which meant the Viper wouldn’t survive.

When looking at the new Corvette, Mustang, and Viper together, the Dodge was the most expensive across all trims. Sure, the Viper could outrun the Corvette on the track, but most owners weren’t going to the track and were happy to simply save a little bit of money. Additionally, the Viper gained the reputation of being hard to handle, which wasn’t something many drivers were looking for. These two factors were enough for the world to say goodbye to the Viper in 2017.

Highlighting the History of the Viper

The Dodge Viper was the brainchild of Bob Lutz, who showed a desire for Chrysler to build its own sports car that might resemble the Shelby Cobra. Once the die was cast and the V10 engine was chosen, this car was underway.

The first generation of the Viper came about in 1992 with the production of the RT/10 model that gave this car 400 horsepower and 465 lb.-ft. of torque coming out of the 8.0-liter V10 engine. The engine was developed in conjunction with Lamborghini, and a six-speed manual transmission was the choice to find the gears for this car. You couldn’t find a comfortable place to sit in this car, but you certainly wanted to take it for a drive. This first Viper took our breath away and never let go of the suffocating feeling with a time to reach sixty mph of 4.2 seconds and a top speed of 160 mph.

Four short years later, a second version of the Dodge Viper arrived to give us a more powerful car and a fiberglass hardtop. The side-exit exhaust of the first model was replaced with a conventional exhaust system, and the power was increased to 410 horsepower and 488 lb.-ft. of torque. A GTS coupe model came at the end of 1996 to give us even more power with 450 horsepower and 490 lb.-ft. of torque. This model gave us some creature comforts, including air conditioning, exterior door handles, power windows, and airbags.

By 2003, it was time to get the SRT performance division involved in the success of the Viper. The model that came to begin the third generation wore the name and was called the Viper SRT-10. The only model offered at the start was a roadster which gave the car sharper lines than the first and second-generation models. The V10 of this Dodge Viper grew to 8.3-liters of displacement and lost weight in the process.

The story of the Viper was all about adding more power and giving this car a more aggressive build when each generation of this car that arrives. The 2008 model of the Dodge Viper gave us an 8.4-liter V10 engine that was capable of pumping out 600 horsepower and 560 lb.-ft. of torque. A new six-speed manual transmission was fitted to the car, along with a new suspension, a limited-slip differential, and more items that gave this car the focus needed to be a serious performance machine. An ACR version of this car set the bar high by giving Dodge a new lap record at Nürburgring.

The final generation of the Dodge Viper was one that gave us all the goodies we wanted and the amazing power needed. The time to reach sixty mph was 3.5 seconds, and the top speed was greater than 200 mph. The massive engine produced 640 horsepower and 600 lb.-ft. of torque with the ACR model giving you 645 horsepower. The body panels of this new model were made of carbon fiber and aluminum, bringing the weight down. Unfortunately, the layoff from 2010-2013, along with the price and competition, killed off this car by 2017.

Still a Couple of Sales Out There

The tale of the Dodge Viper ends with sorrow as one of the most hardcore performance machines to ever hit the market has been gone for a few years. Even though this car is no longer being made, some dealers still have one or two models in their inventory and have sold a few in the past couple of years. Will we ever see the Dodge Viper again? We certainly hope so but aren’t going to hold our collective breath.