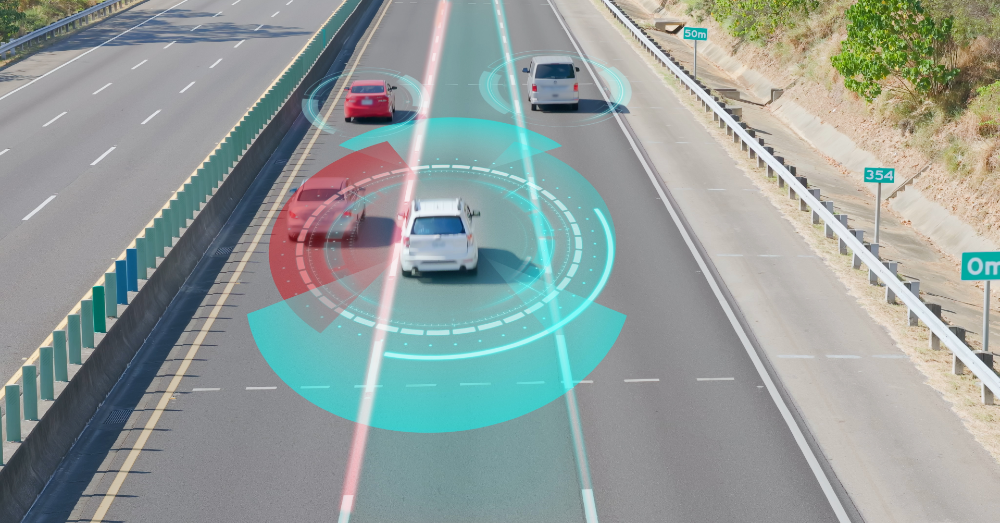 New technology will continue to arrive to bring us closer to autonomous driving. The latest Lidar sensor, developed by SiLC is a new take on this technology.

We could bring a question in from the Jurassic Park movies, but instead, let’s simply marvel and the step forward in Lidar sensor technology. The new system created by the team at SiLC Technologies has a different way of capturing the information than other sensors we’ve see in the market. This new sensor might be a viable solution and a huge step forward to the next level of autonomous driving.

What Does the SiLC Technologies System do Differently?

Most sensors used to determine the distance to an object simple send out bursts of light and measure the time of flight from when the light was released until it reaches the object. This allows the sensor to know the distance to the object, but not much more. Without going into the details of what SiLC has done, suffice it to say they have a new system that send out two bursts of light, one following the other to create a phase-shift in the frequency and create a 4D transmission. This sensor can determine the distance and velocity of the object in the path.

SiLC Showed Off at the Consumer Electronics Show

The Consumer Electronics Show in Las Vegas is where SiLC demonstrated this new technology that could become part of autonomous driving in the future. They positioned the sensors high above the show floor in a hotel room to show off the amazing range of this technology. The rough estimate at the show was more than 500 meters of accurate sensing distance, which is much greater than most other systems in the industry right now.

The Range was Vastly Understated

Since the CES demonstration, SiLC has given this new system a name. Its now called Eyeonic Vision Sensor which now shows a claimed range of one kilometer. That’s right, this new sensor can look in any direction up to one kilometer to detect, identify, and avoid an object in the path of a vehicle. This development allows the new SiLC sensor to have a greater distance by far than any other lidar or radar sensor in the market. Could this item be the next breakthrough that pushes us forward to more autonomous driving in the future?

More than Just a Phase-Shift

This new lidar system does much more than the systems we have in vehicles today. This makes it sound too good to be true, but if we take SiLC at their word, this new Eyeonic Vision Sensor can perceive mor than the reflected light that most sensors perceive. This new sensor can distinguish characteristics of the objects including skin from cloth, metal, or animals from pedestrians. This is an interesting development, but it makes us wonder if this new system will be viable and affordable enough to be included in all cars or will it only be available on limited models because of the cost?

The Systems is Extremely Small and Easy to Integrate

By now you’re probably wondering when we’ll stop staying “But Wait, There’s More” like you see in the infomercials trying to sell you cookware or cleaning supplies. The new Eyeonic Vision Sensor features nanotechnology. This means the entire system fits on a single silicon chip the size of a fingernail. Because of this small size, it could be very easy to physically integrate into a vehicle without adding any extra machining to fit another item that we haven’t had before. Could this new item meant for autonomous driving be a reality?

How Many Sensors are Necessary?

Can you get a full field of vision in front of a vehicle with one sensor or will several be required? This was one of the questions asked in Las Vegas and the answer was four are required. The field of vision is limited and having four of these sensors in a headlamp encloser would allow for an entire field if unobstructed view in front of a vehicle. This technology does not have blind-spot or through-object capabilities, but it does have the longest range, by far, of any system of its kind.

How Soon Will this Technology Be Available?

The early estimate to scale up production for automakers was five years. That’s probably a conservative estimate considering how fast technology is moving, especially in cars. Two large bids for the Eyeonic Vision Sensor have already come in and make it possible for this new system to be part of these fleets. That could mean the five-year estimate given in Las Vegas might be much shorter than anticipated. We don’t know how much this tech could increase the cost of a vehicle yet but making these sensors will cost more than other sensors currently in use.

Should We Continue to Move Toward Autonomous Driving Technology?

Yes, we’re back to the Jurassic Park question asked by Jeff Goldblum’s character. As a paraphrase, “have se stopped to think if we should explore this technology?” Is it possible adding autonomous technology that is truly hands free for drivers, might be more detrimental than what we have now? Recently, some Advanced Drivers Assist Systems have been under fire by the NHTSA because of crashes caused when these systems failed. Before we step forward into the autonomous world on the road, we should figure out if this is the best thing for drivers.

Expect Regulations to Slow Thing Down

We already have some regulations that require specific criteria be met before technology can be added to vehicles. This has slowed things down a little but hasn’t halted anything yet. If the new Eyeonic Vision Sensors from SiLC Technology work as well as advertised, it might not be too long before we have the system we need to truly enjoy autonomous driving.

As you can see, there’s going to be a steep learning curve when it comes to a completely hands-free driving system on public roads, but this new Lidar system is one step closer to making this a reality.